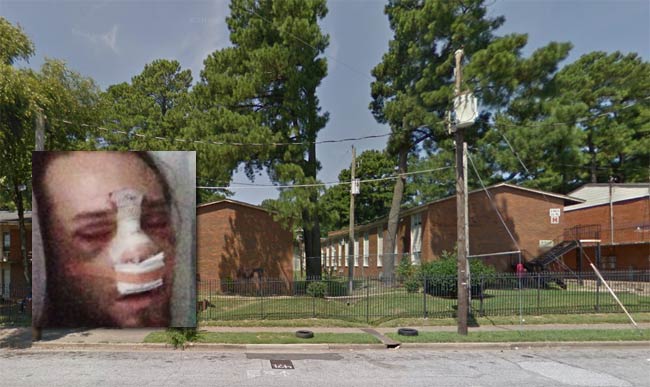 A 23 year-old white Memphis man suffered from two black eyes, a swollen nose and a crushed sinus cavity after he was allegedly called ‘white boy’ and attacked and beaten by two men at the Pendleton Pines Apartments in South Memphis in the Orange Mound neighborhood.

According to reports, Graham Patton went outside around 11PM and was called out by two men he allegedly didn’t know.

Patton was reportedly called ‘white boy’ and questioned about being in the area and was knocked to the ground and severely beaten.

Meanwhile, neighbors are wondering why Patton was targeted.

No suspects have been identified.