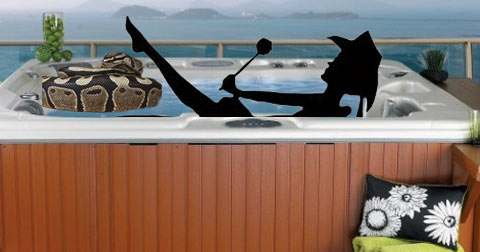 Talk about beating a girl with a Python. A Springfield, Massachusetts man has been accused of beating his girlfriend with a ball Python snake as a form of — let’s just say whipping her.

Keith Paro, 34, who was wanted by police, turned himself in on Thursday after attacking the victim.

According to authorities, the two had been arguing at her home over something and while she was in the hot tub, Paro allegedly went to the cage and grabbed the 4ft long reptile and started beating her with it and eventually threw the snake into the hot tub killing it.

Paro allegedly also threw some temporary stairs at the victim and trashed the house before running off.

The unknown victim suffered from bruises in several locations on her body (back, arms, etc.)

Keith Paro was charged with domestic assault and battery, larceny, wanton and malicious damage and cruelty to animals. Paro is expected to be back in court for a pre-trial on the 21st of November.