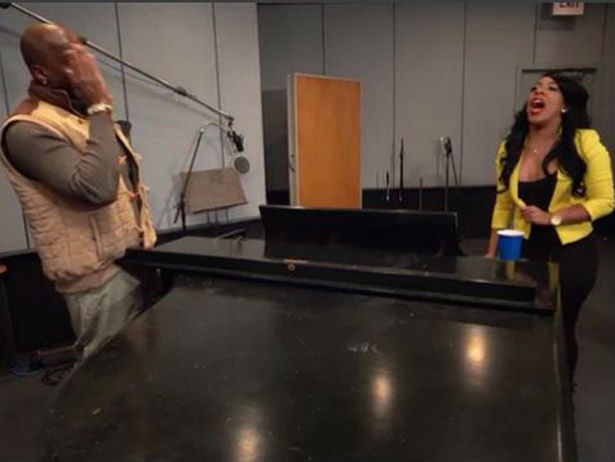 In a recent episode of the TV show, Kirk drops by the studio to check K. Michelle about her recent run-in and fight with his wife Rasheeda at Mimi’s housewarming, as reported on MemphisRap.com.

“Hurting Rasheeda, that can’t happen,” Kirk says to K. Michelle during his confrontation.

“I got goons too, what you mean?,” follows K. Michelle, who didn’t take too kindly to Kirk’s somewhat threatening attitude after she tried, at first, to seemingly make things OK with Rasheeda saying “I opened up to that girl. I never wanted to do nothing to Rasheeda. I liked Rasheeda as a person.”

“Touch Rasheeda and you will not walk the streets of Atlanta,” Kirk then warns K. Michelle, who by this point, began joking around and making a song on the piano about Kirk and Rasheeda and his comments.

“I respect you and your tutu,” K. Michelle started as she referred to Kirk and Rasheeda as ‘lesbians’ in a relationship before freestyling her creative song.