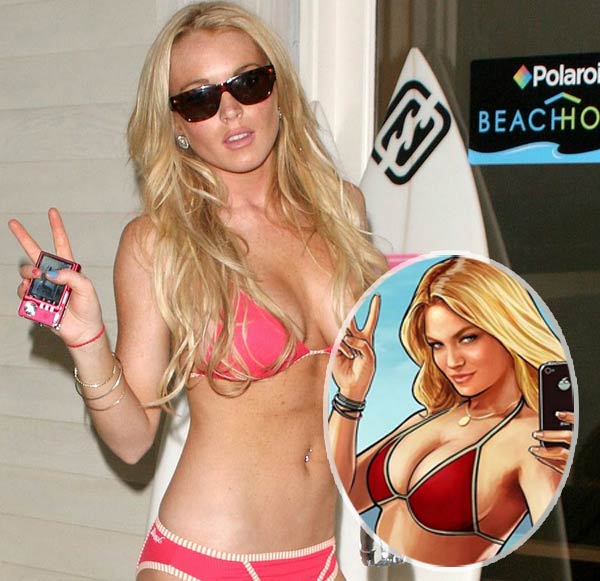 Singer and actress Lindsay Lohan is looking at possibly taking the makers of Grand Theft Auto V (GTA 5) to court for allegedly ‘jacking her [image]’ using a character in the record breaking game (which grossed over $1 billion dollars) that looks like her.

Reportedly Lindsay Lohan, 27, believes that Rockstar Games used her likeness and image without obtaining her consent, and of course, Lohan’s attorneys are asking the game maker to pony up and pay the young star or other proceedings could take place.

Meanwhile, Rockstar Games hasn’t stated whether Lindsay Lohan is who the character resembles or was she any inspiration behind the blonde busty character, which wears a bikini similar to one Lohan has worn in the past even posing like the celebrity star. After all, rap artist Daz Dillinger pointed out his beats were used in the video game without him being paid, as reported on MemphisRap.com.

Meanwhile Lindsay Lohan aka Lilo has been enjoying fashion talk and sharing styles and more on her official website.