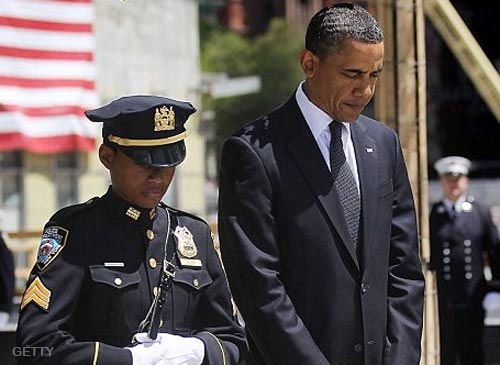 Stephanie Moses, 40, who worked on the force for the NYPD for more than 17 years and was the face for public events and high-profile leaders which included President Barack Obama during a 9/11 ceremony on last year, is believed to have committed suicide.

Moses is believed to have died from a self-inflicted gunshot to the head following a fight with her live-in girlfriend, Melissa McCoy, a retired NYPD detective in Baldwin (Nassau County, New York) on Tuesday.

Stephanie Moses, who stood by President Obama at the World Trade Center in 2011, was part of the ceremonial unit and was the the face of the NYPD on the national stage.

Currently, co-workers are trying to grasp onto the idea of Stephanie Moses killing herself, as they described her as always chipper, smiling and very caring.

Stephanie Moses is the daughter of a retired NYPD detective, worked early in her career with domestic violence victims, once spoke on how she was a people person and loved helping any race or background and solving problems.