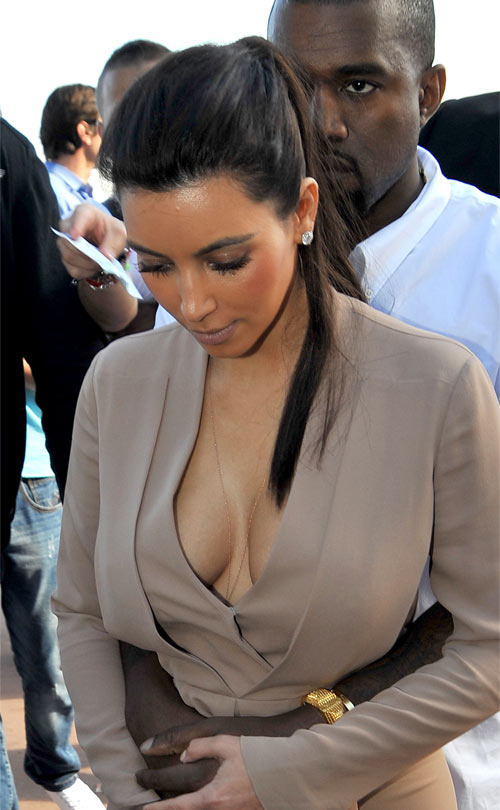 Kim Kardashian is feeling blessed after Kanye West revealed during his concert in Atlantic City at the Revel Resort’s Ovation Hall that the two are expecting their first child.

During Kanye West’s concert, the hip-hop star and music producer slyly rapped “and now you having my baby” and then after his last song said he would like the audience to make some noise for his baby mama.

The Keeping Up With The Kardashians and celebrity socialite confirmed the news later on her official site with the blog post “New Year, New Beginnings.”

“It’s true!! Kanye and I are expecting a baby,” wrote Kim Kardashian.

In the post, Kim Kardashian stated that she wished that her late father and Kanye West’s mother could be here to share and celebrate the special time with them and wrote that she is lucky and blessed.

“Looking forward to great new beginnings in 2013 and to starting a family,” added Kim Kardashian.

Since the news, Kim Kardashian’s family members have been expressing their excitement on Twitter and are glad the cat is out of the bag.

“Been wanting to shout from the rooftops with joy and now I can! Another angel to welcome to our family. Overwhelmed with excitement!,” tweeted Kourtney Kardashian.