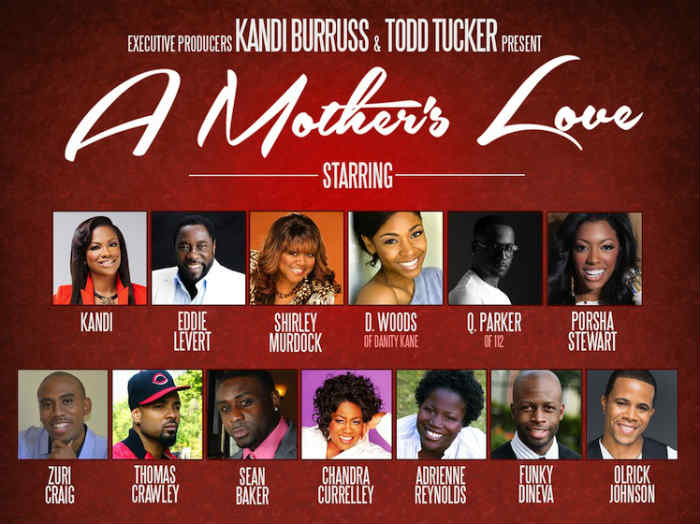 The unfortunate news first came through a blog by a cast member of the play named Quentin Latham aka Funky Dineva who offered a very insightful post of details about what went down.

Funky Dineva revealed that Kandi Burruss had pretty much placed the entire musical tour in the hands of a promoter who may have bitten off more than the promoter could chew.

It is believed that the promoter was gambling on their first show doing so well that it would pay for the next shows in line.

Long story short, the promoter didn’t have the cash to continue the show following the first week.

It seems as though, according to Funky Dineva’s post, that everyone suffered a great loss including Kandi who banked on the whole thing, the promoter who will surely be in debt to many others, and the cast who some, according to the post, even left their day jobs banking on “A Mother’s Tour” which promised them weekly pay.

Kandi Burruss did reportedly respond to the incident in a heart-felt message following a tearful meeting with the cast first breaking the news to them suddenly before their Detroit show.

Basically Kandi apologized in her statement saying that it breaks her heart that the show was canceled while pleading for fans ‘not to hold it against her’ saying that those who bought tickets would be refunded while also sending her heart out to her “talented” cast.