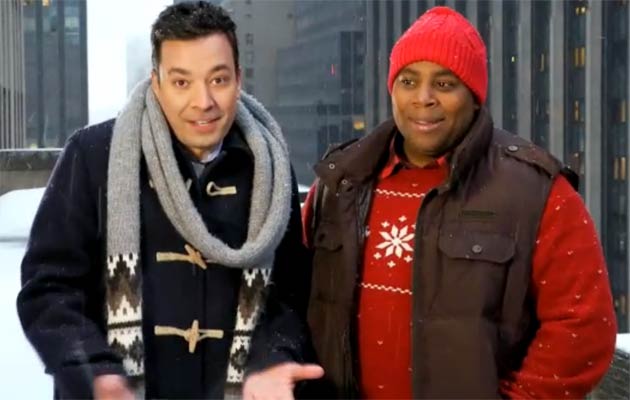 Saturday Night Live has released a promo for their week’s new television episode hosted by Jimmy Fallon who hyped up Justin Timberlake’s return.

Although Fallon appeared in the clip along with Kenan Thompson, who both braved the cold outdoors in snowy New York weather, Justin Timberlake didn’t appear on camera in the promo for his musical appearance.

Wrapped in a scarf, Thompson pretends he’s Timberlake instead and promises it’s going to be some sexy on top of it.

Meanwhile, Jimmy Fallon talks about his homecoming to the SNL hosting gig as they mumble through a version of Justin Timberlake’s “Mirrors.”

Justin Timberlake’s appearance will be his fifth musical appearance on SNL.