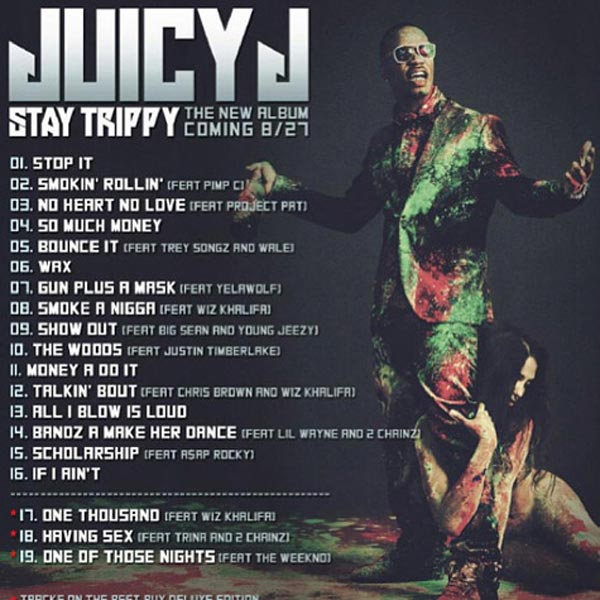 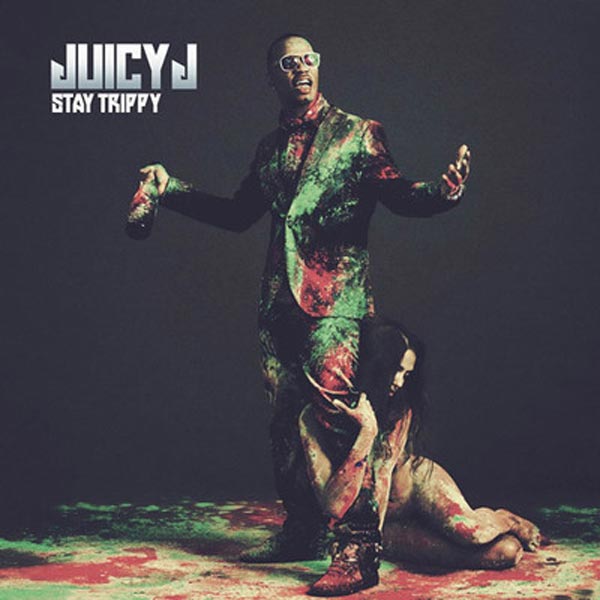 Juicy J is just in time for the new school year with the release of his new cover art and the tracklisting for his upcoming album “Stay Trippy.” We’re sure Juicy J’s college fans and Juiceman elites probably can’t wait until the actual album drops.

The Wiz Khalifa and Dr. Luke executive produced Juicy J album “Stay Trippy” is due to release August 27th and features 16 tracks which include the hit song “Bandz a Make Her Dance” and his latest single “Bounce It.”

If you’re curious about who the Taylor Gang and 1/2 of the Three 6 Mafia will have featured on “Stay Trippy,” you can expect to hear verses from the likes of Memphis’ own Justin Timberlake, Chris Brown, Lil Wayne, Wiz Khalifa, 2 Chainz, Young Jeezy, Big Sean, Trina, Pimp C, Yelawolf, Project Pat and others.

As far as producers who collaborated on the album “Stay Trippy,” Mike WiLL Made It, Timbaland, Lex Luger, Danny Boy, The Weeknd, amongst others gave the album a touch of inspiration.

Check out the Juicy J Stay Trippy Album Cover Art and Tracklisting below: