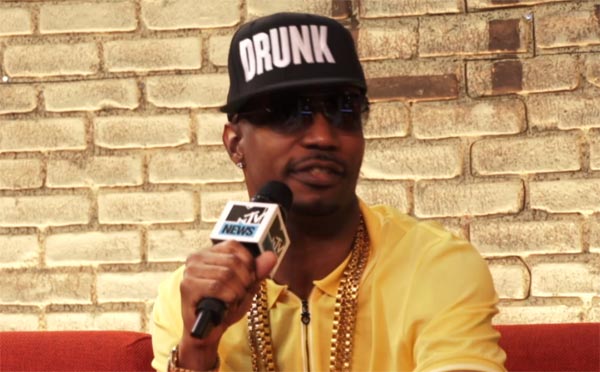 Rapper/producer Juicy J is denying Memphis rap artist Yoyo Munie’s claim of being a ghostwriter for the hit single “Bandz A Make Her Dance” calling it ‘a lie.’

When Juicy J sat down with MTV’s Sway Calloway on RapFix, Juicy J didn’t hesitate and quickly jumped straight in and told Calloway that people are “thirsty” and creating “lies.”

“They do anything to try to get on. Naw, that’s lies, man,” stated Juicy.

When Juicy J was questioned about knowing Yoyo Munie, Juicy J says that he knows him from the hood in Memphis, but Yoyo Munie never wrote anything for him.

In an interview earlier this month, Yoyo Munie told Complex Magazine that he was the man behind the hook for “Bandz A Make Her Dance” and admitted that Juicy J was supposed to have put him on but failed on his word after providing him with multiple songs which Juicy J allegedly gave to other artists, as reported on MemphisRap.com.

Later, Gangsta Boo backed the ghostwriting claims saying she knew the rapper who was ghostwriting for Juicy J and wrote his Bandz A Make Her Dance hit while her main concern seemed to be ‘why her former Three 6 Mafia label mate still seemed to have a grudge against her after so many years since their split,’ in a video interview with VladTV.

Meanwhile, Juicy J’s third solo album “Stay Trippy,” which he will be debuting on Wiz Khalifa’s Taylor Gang imprint is set for July 2.

Watch the video of Juicy J denying ghostwriting claims of “Bandz A Make Her Dance” in an interview with Sway Calloway.