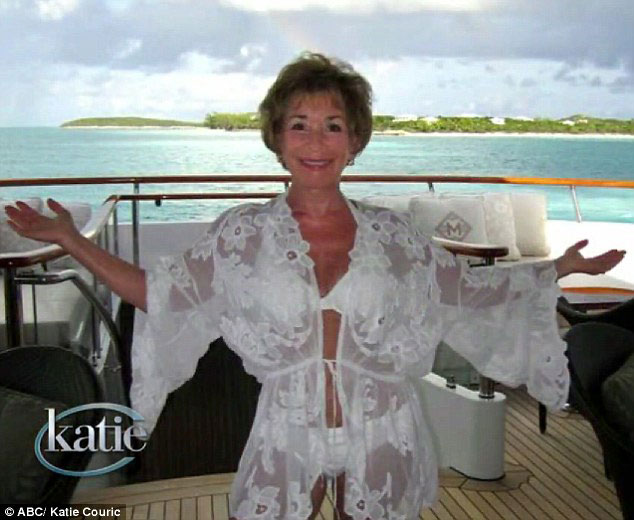 Judge Judy, the New York family court judge and television personality shows off her bikini body and lingerie aboard a yacht this past October where she celebrated her 70th birthday.

During a family vacation last month, Judge Judy, real name Judith Sheindlin, along with her husband and their five children were in The Exumas in Bahamas.

The celebrity TV show judge showed off her ageless and lean figure in a white bikini underneath a lace see-through lingerie-like top.

Judith tells Katie she keeps up her shape because being out of shape would depress her.

Don’t expect more though, because although evidently proud of her body, Judge Judy claims the 2 piece swimsuit bikini is probably the last time it will happen.

Judge Judy, which airs on CBS, has been on air for 14 years, will run at least through 2015, and still holds the number one spot in daytime TV. 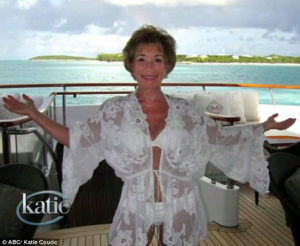