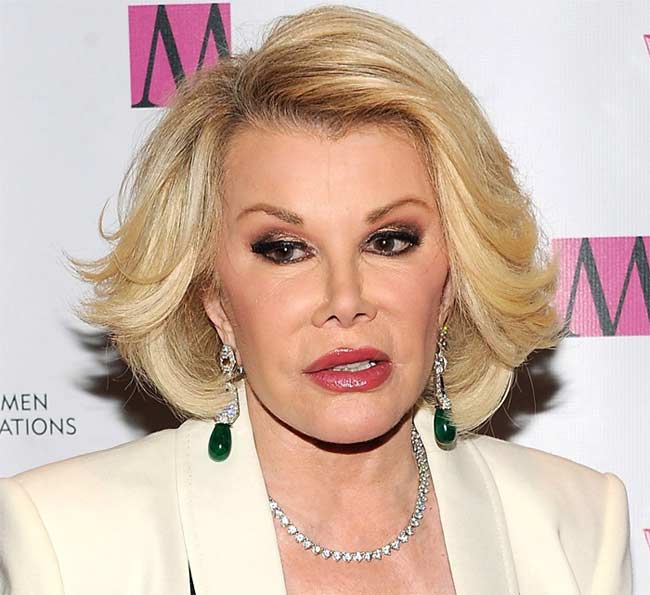 Ever since news of famed actress, comedian and television host Joan Rivers surfaced that she was rushed to the hospital in NYC and listed in critical condition following complications of a surgery on her vocal cords, celebrities have been reacting and rallying in support.

It was three days ago (August 28) that Rivers, 81, experienced serious complications, including stopping breathing, during surgery on her throat in a clinic in the upper east side of Manhattan.

Rivers was immediately rushed to Mount Sinai Hospital were she’s been in an induced coma ever since after reportedly going into cardiac arrest.

It was yesterday (August 30) that sources reported that Joan Rivers had been placed on life support.

Her daughter Melissa and other family have high hopes while facing the possibility of ending Rivers life support if her condition doesn’t improve.

4 the first time in years I got down on my knees & prayed tonight! I encourage U 2 do the same 4 @Joan_Rivers my grandma! #inconsolable

Got an email from @Joan_Rivers when I left @TheViewtv that said “Funny girls always work” Get up Funny Lady you got work to do! #praying4U