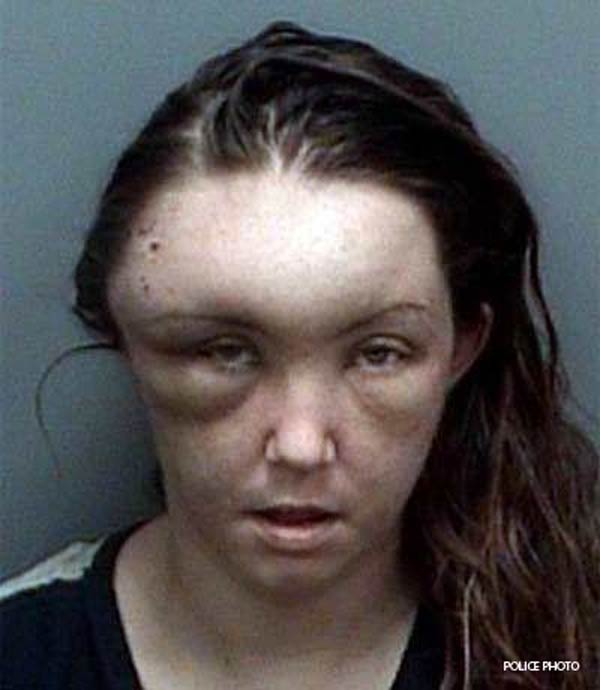 A shocking news story is circulating online of Chicago police being called to the house of a 33 year-old woman named Jenny Peak where they found her beaten up with her face swollen from her brutal beating inflicted by herself.

Well, the story is not true.

Reportedly, the story of Jenny Peak goes that her stepfather made a wager with her betting her that she couldn’t “kick her own a-s.”

The story claims that Jenny took the bet as a challenge and proceeded slamming her head into the wall, punching herself in the stomach and breasts giving herself one of the worst beatings that one of the arresting Chicago police officers had ever seen — all in the name of a $12 bet.

The story of the alleged Jenny Peak beating herself up into a swollen pulp is a fake hoax.

However, the photo is reportedly a real mugshot of a woman named Victoria Moore after she was reportedly arrested for a DUI car crash in St. Petersburg, FL.

Well, so much for the crazy idea that someone would literally beat themselves up like out of a scene from the movie “Fight Club” all for a wager of a $12 bet.