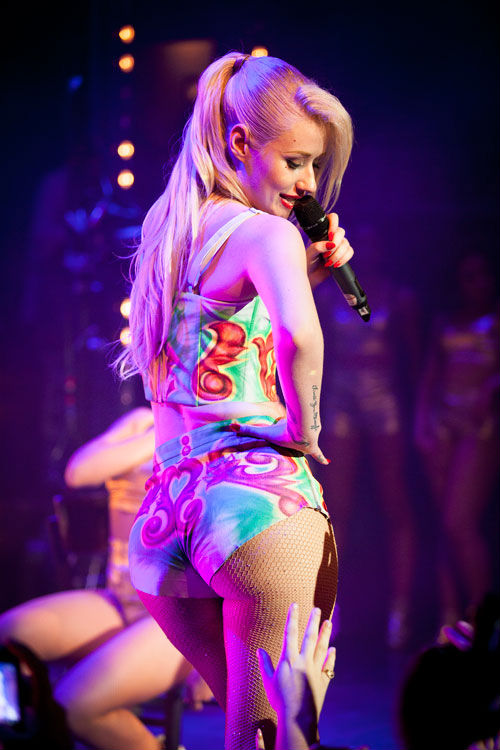 Iggy claims that Miley Cyrus was watching dance moves of her in her videos twerking and that’s how she got inspired.

While many claimed that Miley Cyrus stole the twerking dance from hip hop culture, others say Miley just embraced the culture as many do.

Still, 23-year-old Australian rapper Iggy Azalea says, though she didn’t invent it, she’s been doing twerking on stage for 2 and half years and Miley was probably watching her videos online and decided to try it.

We have a suggestion. How about a twerk off and settle with a wager even?! Hmmm.. likely wouldn’t happen but would be interesting, to say the least, though.

Meanwhile, the rumors of Miley Cyrus being pregnant by rapper Juicy J have still been continuing for some reason.

Why? Didn’t Miley confirm already that she is pregnant with Juicy’s baby Juicy J Jr?!