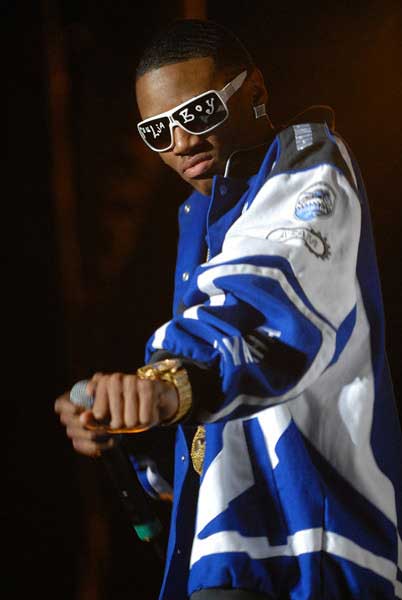 Legendary hardcore rapper Ice T has blasted off on Soulja Boy for killing hip-hop and blasted Hurricane Chris as well on a new mixtape hosted by DJ Cisco.

It seems that Ice-T has blasted off on Soulja Boy on DJ Cisco’s mixtape “Urban Legend”.

Ice-T isn’t the first to go off on Soulja Boy, others have also went off on the rapper and even deemed him a “ringtone” rapper and find his comical rapping to be offensive as a teen by saying, “Superman That H**” and find his dances and songs somewhat hurtful to the hip-hop game, while others say he’s just having fun.

In a recent interview with AllHipHop, Ice-T’s ex-wife and former counterpart Darlene Ortiz was asked her view on music today in which she refers to Soulja Boy in the following response, “I can’t knock that [type] of music, like your Soulja Boys I look at it like back in the days when Tracy [Ice T] was coming out and hitting on the scene you had your different genres to. You had your Egyptian Lover, which is highly equivalent to that. It didn’t really mean anything but it was cool the young kids would get up and dance to it. But it wasn’t the Ice T thing, all these deep stories