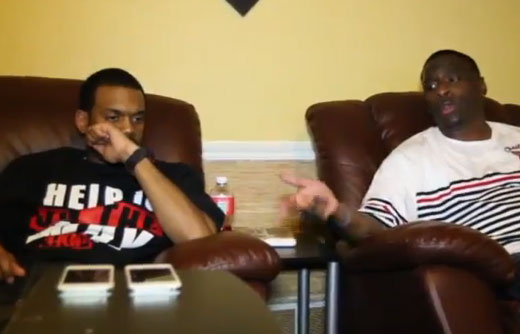 Video footage of recently released rapper Tab “Turk” Virgil is online showing the rapper in Memphis, TN during his first 72 hrs out of jail, and hitting the studio with Memphis rapper Don Trip. Turk was released from federal prison on October 12, 2012, and as a rep for Turk said to MemphisRap.com, the rapper was looking forward to hitting the studio soon.

After serving nearly 9 years in prison, Turk says in the video that he “feels good” to come home, and after 8 yrs 8 months and 16 days, he’s not sad and doesn’t regret anything.

Turk added that he’s “free” and realizes that he could be ‘locked up in his mind’ still, by holding on to things like that, so he focusing on ‘change’ by ‘changing his mind’ and ‘keeping it simple.’

Later in the video, Turk can be seen up in the studio in the booth working on new material, while he and rapper Don Trip can be seen chillin in the footage of Turk’s recorded first 72 hours out of jail. Watch the video.