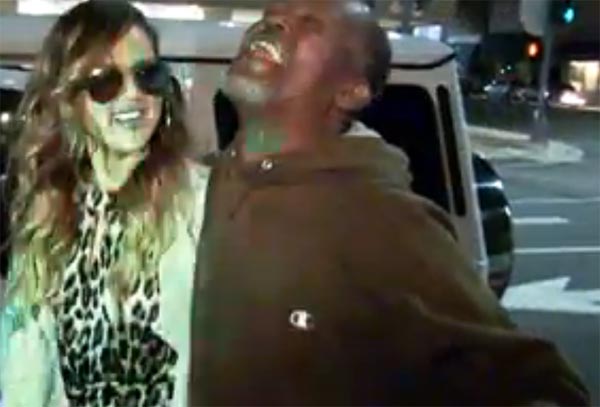 In a new video of Khloe Kardashian spotted out with French Montana, the rumored new celebrity hip hop couple avoided paparazzi with the help of a homeless man.

Khloe Kardashian is seen walking toward paparazzi as they throw questions at her.

Suddenly, a homeless man, seen sitting on the ground, approaches Kardashian shortly after she is swarmed by paparazzi after exiting the restaurant she was at in Los Angeles.

While giving the homeless panhandler some money, she then poses in a picture with him.

As Khloe poses with the homeless guy distracting paparazzi, French Montana can be seen in the background rushing to get in the passenger side of Khloe Kardashian’s vehicle.

How smooth is that?