Holly Holm, a former professional boxer and kickboxer, defeated Ronda Rousey in round two of the UFC 193: Rousey vs. Holm fight held on November 15, 2015 at Etihad Stadium in Melbourne, Australia.

Holm delivered a vicious head kick on Rousey, 59 seconds into the second round, knocking Rousey out, marking the first time Rousey has been defeated in her career.

In this video, prior to the fight, Holly Holm spoke about her upcoming fight with Rousey where she expressed that Ronda Rousey IS beatable. 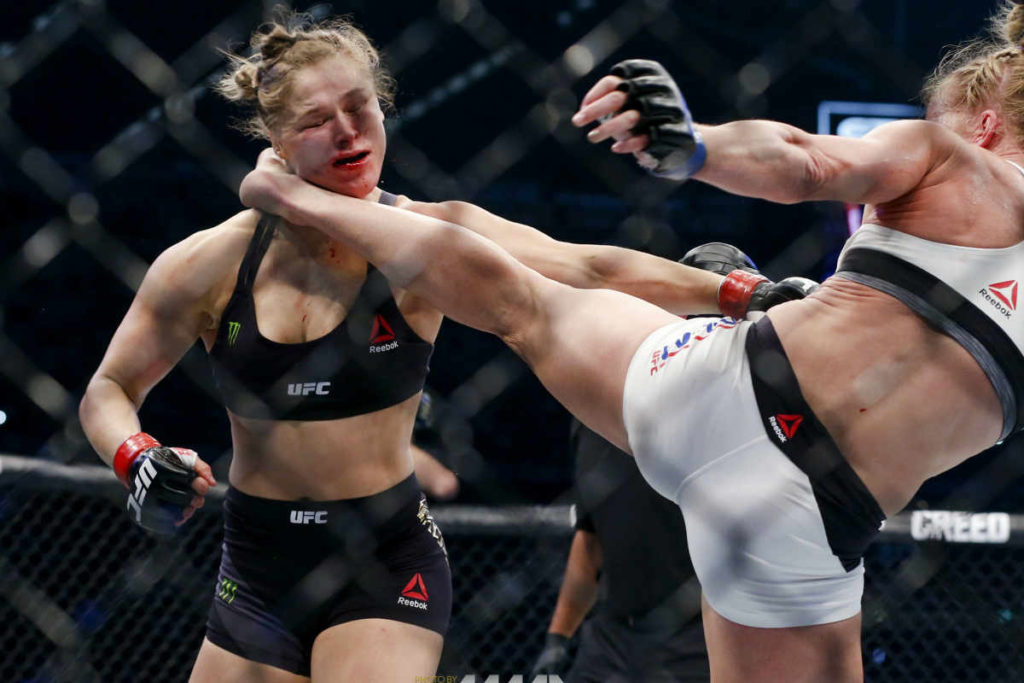 Watch video highlights of the Holly Holm vs. Ronda Rousey UFC 193 fight where she proved her words that “[Ronda Rousey] IS beatable”: