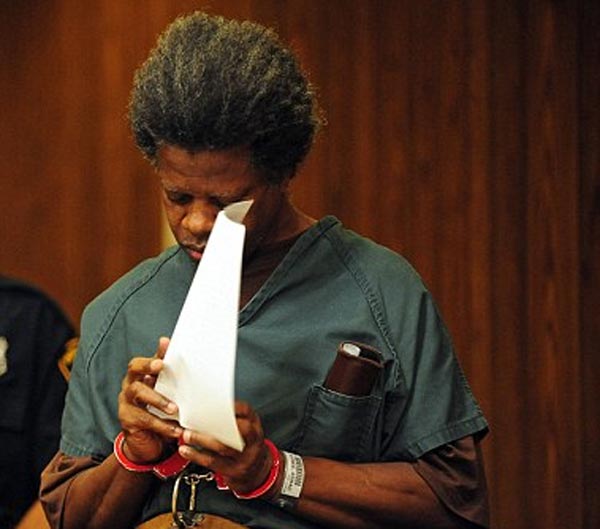 An award winning music video director Aswad Ayinde, most known for directing the Fugees hip-hop music video “Killing Me Softly” is in the news for incest and child molestation.

Aswad Ayinde, 55, of Paterson, NJ, was just sentenced to 50 years for incest and fathering children with his own daughters bring his total to 90 years.

In 2010, it was revealed that Aswad Ayinde was charged with raping five of his seven daughters repeatedly and impregnating them for more than ten years.

In the most recent trial, Aswad Ayinde received 50 years for having intercourse with one of his daughters when she was as young as 8 years-old. In 2011, he received 40 years in a separate trial for sexually assaulting another daughter.

During the first trial, prosecutors stated he was attempting to create a pure blood line which his estranged wife Beverly reportedly stated in order to survive Doomsday.

Beverly Ayinde, claims that she was afraid to accuse her husband of being a pedophile as it would result in a beating.

Aswad Ayinde, who claims to be a prophet, concealed the entire plot by delivering the babies on his own while he beat and isolated his daughters by home schooling them to keep them from other children and people, so that his secret wouldn’t be revealed.

The assaults took place from mid-1980 until mid-2002 at an abandoned funeral home prior to his wife, who he had nine children with, leaving him. Aswad Ayinde also has three other children by two other women.

His daughters decided to put an end to his assaults in 2006 after learning their father had fathered more children with other women.

Ayinde, who held his head down in court, has been having separate hearings for each trial per his request. He will soon be heading into trial 3 of 5.