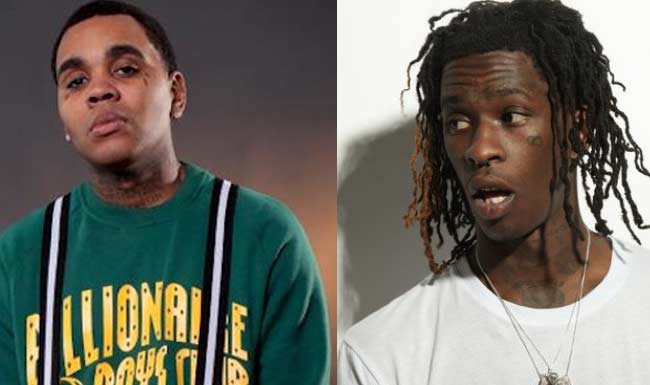 Apparently, Kevin Gates thinks Young Thug is gay calling him out in a video over Instagram which prompted a reply from Young Thug.

This may have been prompted by rapper Young Thug apparently confusing his fans and others on Instagram by referring to Birdman as his “lover.”

Gates reportedly removed his video but that did not stop Young Thug from lashing back out throwing shots at Gates.

Young Thug can be seen in his video saying that he is not phased by gay comments boasting on his many women while sending a shot obviously aimed at Kevin Gates.

Although Young Thug’s video was shortly removed from the social media site, it was captured and posted elsewhere online.