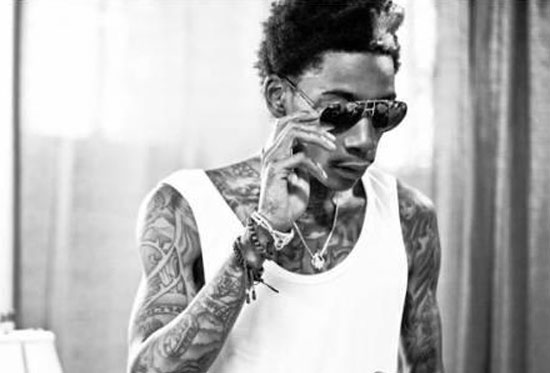 After getting busted again for weed possession in North Carolina last week and first in April in Nashville, well-known marijuana enthusiast and ‘Black and Yellow’ Pittsburgh rapper Wiz Khalifa says his cell phone was stolen while in a Memphis dressing room days ago.

Khalifa, who recently signed on Juicy J of Three 6 Mafia to the roster of his Taylor Gang imprint, as covered on MemphisRap.com, was in Memphis and at Memphis in May for his live concert performance at Beale Street Music Festival.

Wiz Khalifa claims someone stole his mobile phone from his private dressing room and he only wants it back, that’s all.

As far as what’s on the cell phone, well Wiz Khalifa says it’s definitely nothing on the phone like nude pictures, or something else that someone could use as an “exclusive” so he’s hoping that it’s just one of his loyal followers, who wanted something from their favorite artist but would be willing to give it back if he asked, which he did via his Twitter.

If Your In Memphis And You Went In My Dressing Room And Stole My Phone, Could You Give It Back Please?

There Aren’t Any Bad Pictures Or Anything Exclusive You Guys Aren’t Supposed To Have On There.

Even though, Wiz Khalifa says there’s nothing “exclusive” on the cell phone, the internet is still buzzin in hopes of new leaks of naked pictures of Wiz Khalifa’s girlfriend and future wifey Amber Rose, who has had multiple nude pictures of her to leak online before.