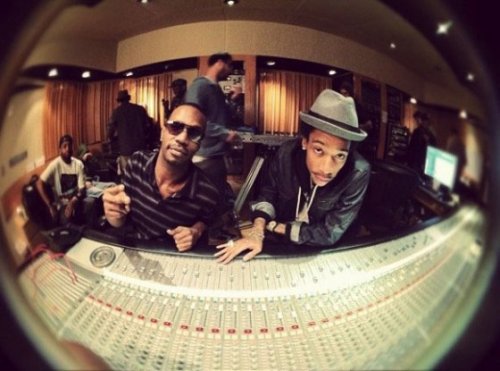 After almost 20 years of bringing the world lyrics from his perspective, Three 6 Mafia’s Juicy J chops it with RapFix Live to talk on his very first solo album “Stay Trippy.”

While speaking to MTV’s RapFix, Juicy J stated that himself, Wiz Khalifa and Dr. Luke are good gumbo that ‘smells like money’ to him.

Although Juicy J’s new album “Stay Trippy” doesn’t have a release date as of yet, the rapper is extremely excited about controversial his new single “Bandz A Make Her Dance” with Lil Wayne and 2 Chainz, which has topping the Billboard charts on the R&B/Hip-Hop Songs & Singles at the nice cozy spot of #9 up from #14. Juicy J’s single “Bandz A Make Her Dance” has managed to stay on the chart for a total of 12 weeks, amid controversy, as reported on MemphisRap.com.

According to Juicy J, with the hits Dr. Luke has under his belt, he’s a genius. The rapper goes on to say, when you think of the names of Juicy J, Wiz Khalifa and Dr Luke, just think a lot of cash.

Speaking further on his solo effort “Stay Trippy,” Juicy J says that the three of them are all on the same level and want the same success.

“We want this album to be outta here. We want it to be huge, we want the people to enjoy it…,” stated Juicy J.

Juicy J says that they are trying to make it be the greatest thing to ever happen in music and they are making it their goal.