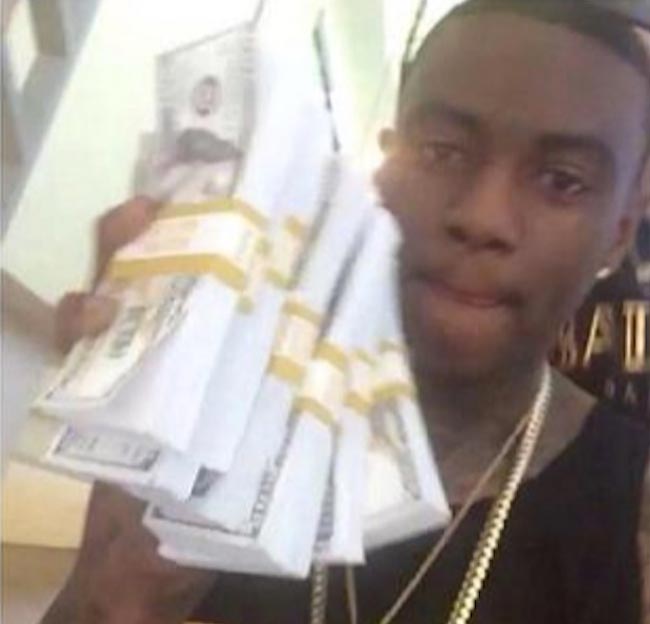 It seems that rapper Soulja Boy was recently called out by his Instagram followers who claimed the rapper tried to deceive them by posting fake money stacks on his account.

Once the news broke, blogs and fans alike started clowning the rapper over the fake $100 bills he was believed to have posted.

When the fans called Soulja Boy out, they pointed out in the picture that Soulja Boy’s $100 bills were on top of what looks like blank sheets of paper.

Soulja Boy deleted the picture in question from his Instagram account after people started calling him out.

Afterwards, Soulja Boy responded to the claim letting his fans know that he wasn’t ‘fakin,’ but was actually posing with prop money at a film shoot.

Meanwhile, Soulja Boy, who celebrated his 24th birthday on yesterday (July 28), is reportedly prepping for the release of his King Soulja 3 album as he launches a new “We Made It” tour, which kicked off in California on July 24rd.

I just want my fans to know that yes I was on set shooting a video and they had prop money and I took a picture with it. All my cash is real

They had prop money at turn my swag on video 2. They always have props. But I don't want y'all to think I would fool y'all with fake stuff

Y'all keep it real with me tho if you seen 100k in prop money at a photo/videoshoot would u take a picture with it? Lol 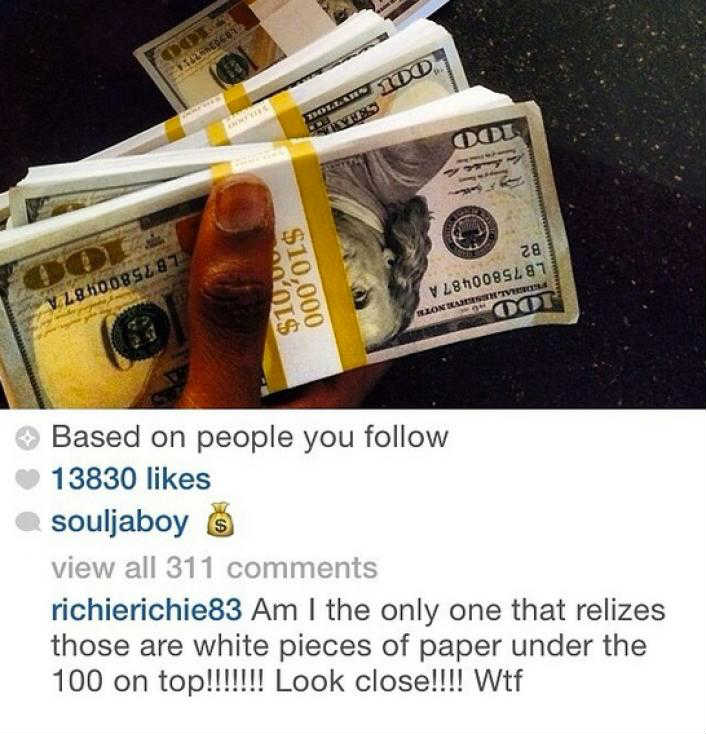