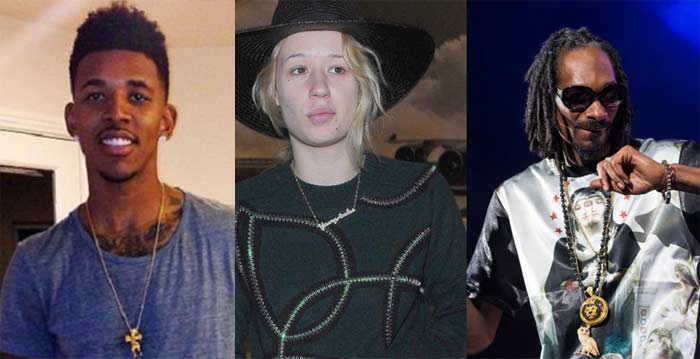 It wasn’t long ago that rapper Snoop Dogg dissed Iggy Azalea over his Instagram in a photo joking about her with no make-up.

Since the original post of a picture joking about Iggy Azalea on a photo with no make-up, a new beef has now sparked online with Snopp Dogg, Iggy Azalea and her boyfriend L.A. Lakers star Nick Young.

After the original post that Snoop Dogg had pulled down of the meme of Iggy with no make-up, the rapper had reportedly apologized and the beef was thought to be over following a response by Iggy Azalea that was first shocked and then appreciative of the rapper’s apology.

Still, soon after the meme of Iggy Azalea was posted, the ‘Fancy’ rapper reportedly shared a pic of her own of Snoop Dogg captioned ‘when your drug addict aunt gets clean.’

Snoop Dogg fired back with a meme of his own of Iggy Azalea comparing her to the ‘White Chicks’ played by the Wayans brothers.

Snoop also reportedly posted an Instagram referring to Azalea as a c**t while urging her boyfriend Nick Young to ‘check her’ before he does.

Nick Young responded referring to Snoop Dogg as an ‘old head’ in a tweet he shared saying that ‘old heads’ are ‘turning into suckas’ adding that “nobody” was worried about Snoop Lion saying that the rapper, who he referred to as “dude,” was going through a mid-life crisis.

The trade of responses have reportedly slowed down but there is no official word whether the beef is over.