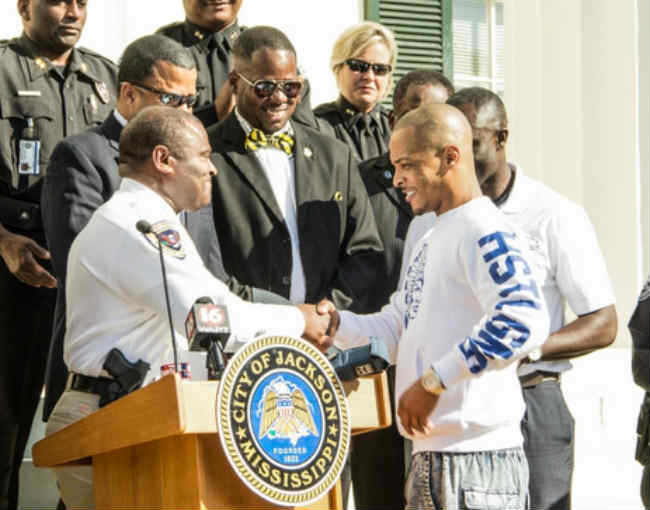 Rapper T.I., real name Clifford Harris, Jr., has been given the key to the city of Jackson, Mississippi.

The rapper, actor, record producer and reality TV dad was honored after visiting students at public schools in Jackson.

T.I. was given the key to city of course by the mayor of Jackson, Mayor Tony Yarber.

In a statement, the mayor says the rapper who has a criminal past would have a positive impact on young people encouraging them to avoid crime.

T.I. informed students of the things they must do different than what he did in the past, which obviously landed him in jail.

The rapper was presented with the key on Wednesday at a ceremony at Jackson’s City Hall.