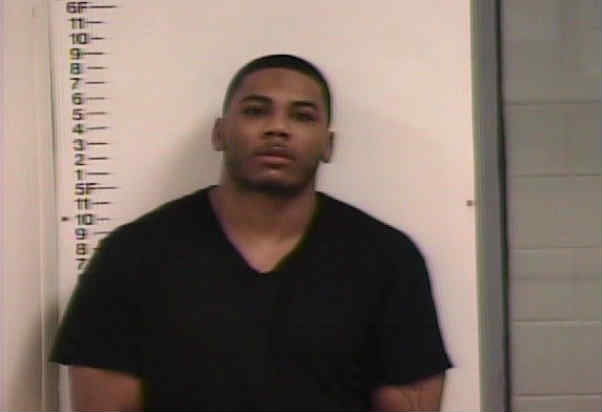 Hip-Hop rapper Nelly was arrested in Tennessee on charges of felony drug possession where his tour bus was searched by authorities and drugs were found including meth.

Reportedly, rapper Nelly born Cornell Iral Haynes, Jr., was on a trip heading to tour dates when he was arrested on Saturday morning while passing through Putnam County in Tennessee.

Following the rapper’s arrest on drug charges which happened on April 11, 2015, the rapper’s mugshot photo appeared on the Internet.

According to the Tennessee Highway Patrol, upon stopping Nelly’s tour bus the state trooper smelled marijuana coming from inside.

The rapper’s tour bus was initially stopped apparently for not having stickers properly displayed in the windows of the tour bus.

Out of six people on the bus, Nelly and one other man, Brian Jones, 44, who was allegedly found with a handgun in his possession, were arrested.

The rapper has since posted bond for $10,000 and is expected back in court in June.