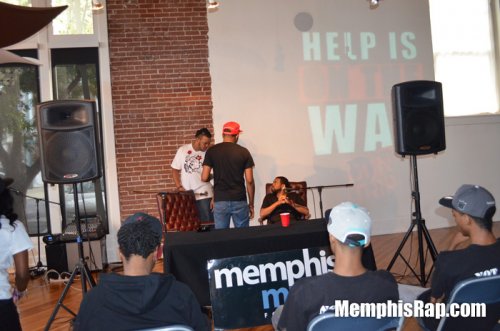 At the meet-up, Don Trip revealed the second coming of another collaboration with Nashville rapper Starlito on Step Brothers 2, while talk has surrounded his upcoming mixtape Help is On the Way.

At the meeting, Don Trip was asked on what advice would he provide other artists wanting to reach his level in the hip hop game.

Trip suggested that artists should simply invest in themselves more.

“If you’re not investing in you, who will,” explained Trip adding simply “Put your own money on you.”

Don Trip’s Help Is On The Way mixtape project is expected out October 31st and will feature the likes of Juicy J, Starlito, Yo Gotti and Others.

This and more follows behind Don Trip’s other featured works including his recent collaboration with fellow Memphis rapper Zed Zilla on the song and official “Secret” music video, directed by Joe Gotti, from off Zilla’s Rent’s Due 2!