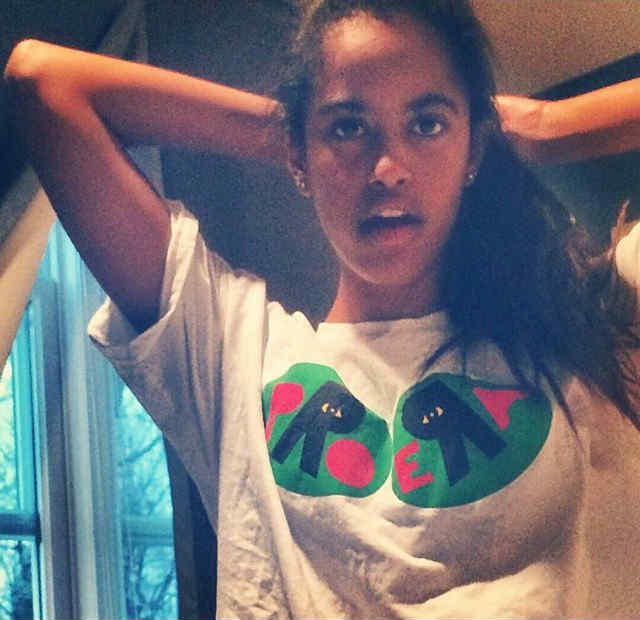 Pro Era, a hip hop collective out of Brooklyn, New York consists of a group of rappers including front-man Joey Bada$$.

Reportedly, Malia is the only daughter which their protective mother, first lady Michelle Obama, allows to have a presence online but only on Facebook while her little sister Sasha is not yet allowed to have a social media account.

Representatives at the White House are reportedly trying to found out how Malia’s picture made its way on the Internet.

Meanwhile, front-man Joey Bada$$ claims they obtained the picture by a “mutual friend” of Malia who is in the Pro Era group.

The group initially shared the photo on their Instagram which shows Malia sporting a white t-shirt with the group’s logo across the front of it as she holds her hands behind her head adjusting her ponytail.