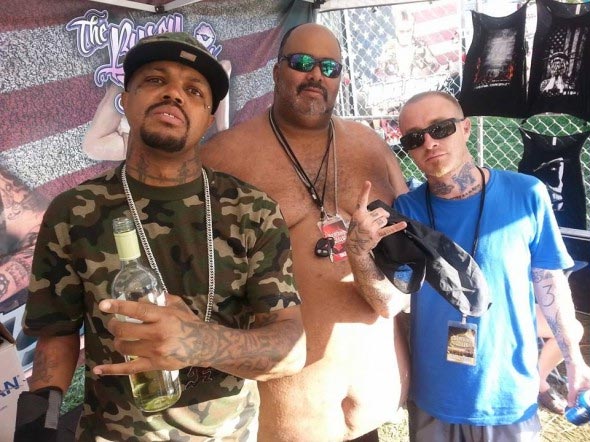 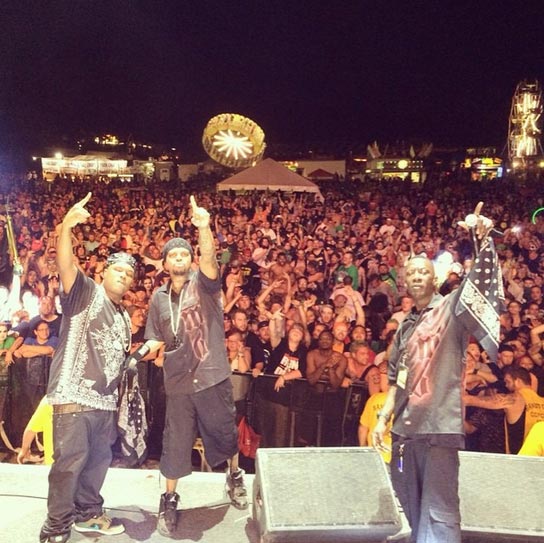 In case you missed it, the lighters went up for the late Three 6 Mafia co-founder Lord Infamous in Asheville, North Carolina.

Da Mafia 6ix recently kicked off the Massacre Tour which landed them in Asheville, North Carolina where the lighters went up in remembrance of legendary rapper Lord Infamous.

DJ Paul shared a photo of the show while asking fans to tag their own pictures on Instagram and Twitter with the hashtag #MassacreTour.

Along with the Massacre Tour, Da Mafia 6ix also showed up at the Gathering of the Juggalos in Ohio and got ‘turned up’ with a number of other artists and bands performing at the annual festival.

Paul shared photos including one with Big L.A., the man now known for the video of the girl giving him a lap dance on his belly.

Check out the photos.