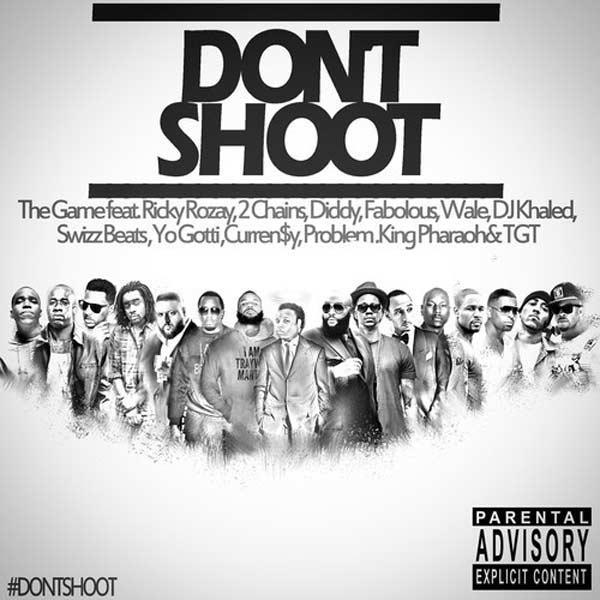 Ever since news and video clips went viral about the unarmed teenager Michael Brown being allegedly shot by police officer Darren Wilson multiple times while walking the street in his neighborhood, the hip hop community has expressed its support.

Not until now has this many in the rap industry came together on one song as a tribute to Michael Brown.

The song “Don’t Shoot” takes from the chant heard all around the world now by protestors holding their arms in the air and by online protestors sharing the hashtag #dontshoot.

The single follows in the tradition of hip hop classics like “Self Destruction” and “We’re All In The Same Gang” that brought together a number of hip hop artists addressing a problematic issue in America.