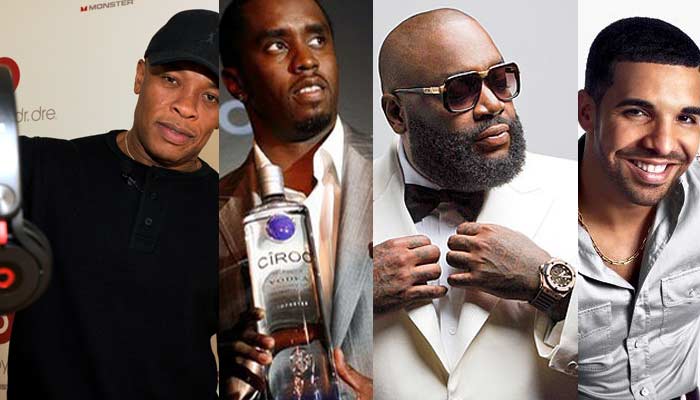 Forbes recently announced the highest paid hip hop acts in the world on their list of “Cash Kings 2014,” and of course you know with a $3 billion dollar sale of his co-founded company Beats by Dre, which he founded with business partner Jimmy Iovine, Dr Dre is definitely at the top of the list.

Though first believed to make him hip hop’s first billionaire, his nine figure tax cut chopped him down to an earnings of $620 million for June 2013 to June 2014 in the $3 billion purchase of Beats.

Coming in at the #2 spot were both hip hop music moguls Sean ‘Diddy’ Combs and Shawn ‘Jay-Z’ Carter at an earnings of $60 million.

Jay-Z’s empire, of course includes the Roc Nation as well as his other business ventures, while Diddy profited from his Ciroc Vodka endorsement by becoming the brand ambassador as well as his Sean Jean clothing line, his new music TV network REVOLT TV and more.

Others on the “Hip Hop Cash Kings” list include Rick Ross, Eminem, Drake, Kendrick Lamar and others.