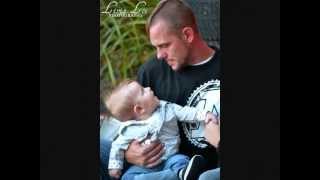 As the day has arrived that we celebrate and honor fathers – Father’s Day – this day of June 17, 2012, as we know it, is already “something special.”

It’s the day that we look into family culture and Hip Hop and see how parenting and fatherhood has influenced the music and us all.

Evidence of this can be heard in the hip hop song “Something Special” by rapper and father Soopa Nic, featuring rappers and fathers Lil Wyte, Miscellaneous, HighRolla, and Yawk.

Also, the song actually brings family into it as it also features Soopa Nic’s wifey Lady E on the hook and his son Ian Brody heard laughing at the end of the track.

Rappers often address the streets in their raps and we hear many times how the streets and often regular daily struggles can influence music, but what we rarely hear, which also definitely affects many people, are the struggles of parenting felt in households all over the world. These struggles can include messy break-ups and divorces leading to split and single parenting, leading to children tied between adult arguments and/or custody battles and child support.

The song by Memphis rapper Don Trip is evidence of how many people can relate, which was shown in the viral spread of his hip hop song “Letter To My Son” inspired by fatherhood and the struggles it sometimes comes with.

Well, in song ‘Something Special,’ Tennessee rappers Soopa Nic, HighRolla, Yawk, Miscellaneous, and Lil Wyte represent for fathers with heartfelt lyrics definitely that touched home with the rappers, and surely will to its listeners.

Check out the song Something Special featuring Soopa Nic, Highrolla, Yawk, Miscellaneous, and Lil Wyte and read some of the tweets from the rappers who took to their Twitter accounts on this special day to touch on fatherhood, while many wished a Happy Father’s Day to other dads.