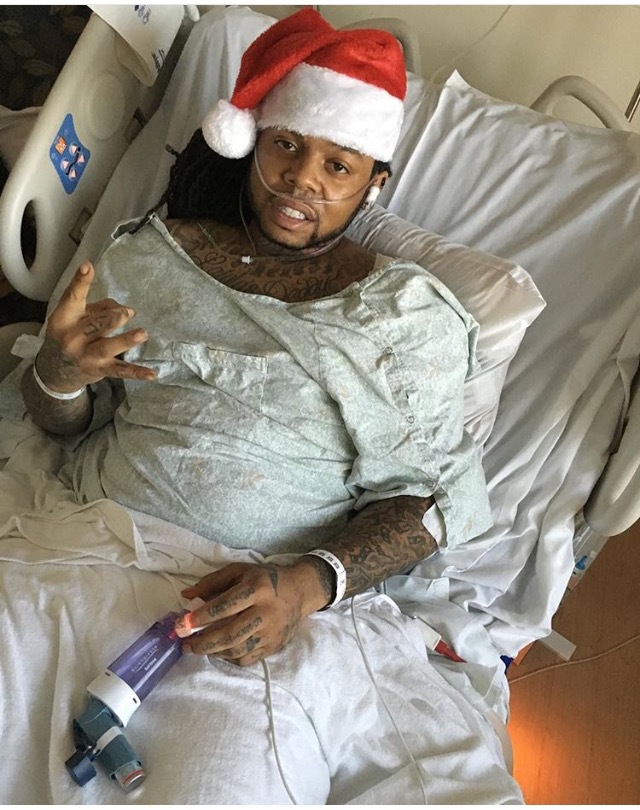 The Chicago rapper who was shot in the head while in his vehicle on Wednesday just a couple of days before Christmas sent out a wish of Merry Christmas to his fans from his hospital bed.

The wounded Chicago rapper whose real name is Louis King Johnson, Jr., 27, stated to his fans, “Merry X-mas 2 all,” adding that all he wanted for Christmas was for everyone to keep him in their prayers.

Sporting a Santa hat over his head the rapper, who has been credited with coining the term “Chiraq,” posted Instagram pictures from his hospital bed.

After being shot on Wednesday, King Louie reportedly was “awake and talking” within hours after being shot in his head according to his management team.

Along with being the rapper that coined the term Chiraq, Spin magazine attributed him to being one of the Chicago rappers who made the city “the hottest hip hop scene” in 2012.