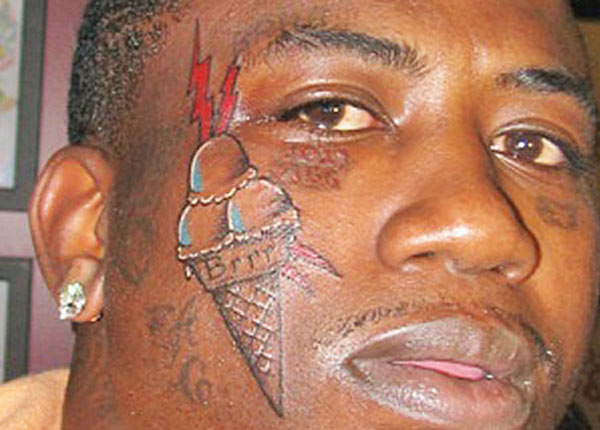 There are hip hop rumors being shared throughout social media site that rapper Gucci Mane killed a cellmate while in jail for trying to rape him – that rumor is not true.

The news that circulated claimed that Gucci Mane woke up in his cell with his cellmate trying to lick the ice cream cone tattoo off his face while attempting to touch him inappropriately. Come on people! Really?! The rapper was stated to have choked out the other inmate eventually killing him.

Apparently the news seems to have derived from a satire news site called CreamBMP.

Gucci Mane himself shared a tweet regarding the spreading hip-hop rumor.