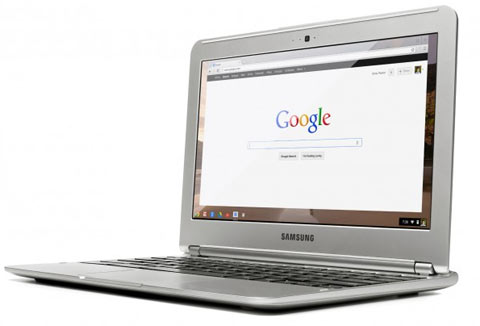 Google has introduced it’s new Samsung made Chromebook laptop which is cloud-based. Although it doesn’t pack a lot of space, just like tablets, you can’t beat the price. Plus, the new Chromebook makes up for the space by using cloud computing.

The 2.4 pounds Chromebook laptop features include a 11.6 inch display, 802.11n/WiFi, Bluetooth 3.0, (1) HDMI port, (1) USB 3.0 port, (1) USB 2.0 port, a VGA camera, combo headphone/mic jack, a digital memory slot, 16 GB of SSD storage space and 2 GB of memory. In addition, the Chromebook is ARM powered with a Samsung Exynos 5250 processor (5 dual core ARM-based processor – Cortex-A15) and boasts a battery life estimated at 6.5 hours. Also, one of the unique things about the Chromebook, it doesn’t have any moving parts including no running fan. Now how about that!

For those who purchase the new Google Samsung Chromebook laptop, Google is throwing in 2 years of 100 GB’s of Google Drive storage space so you can store your files in the “cloud.”

The latest model of the Chrome OS ran laptop comes after the launch of the Samsung Series 5 Chromebook that was launched in May for $450.

Want to test-drive the latest Chromebook? The Chromebook will be set-up in kiosks at Best Buy stores and you’ll be able to talk and ask questions with Google employees in the Chromezone.

The Chromebook officially goes on sale Monday but can be pre-ordered now for $249. 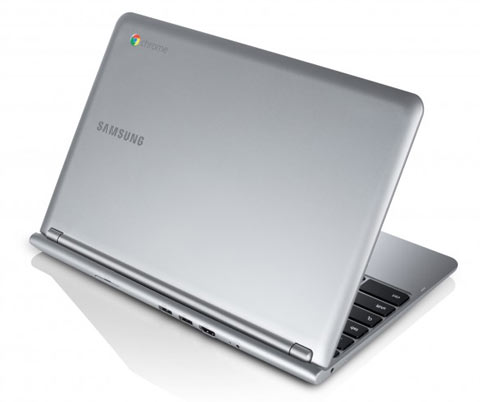