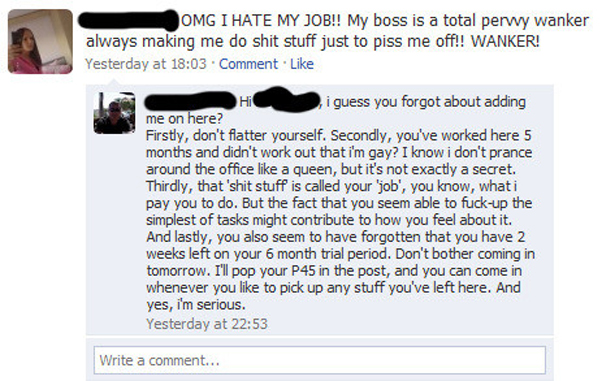 Be careful what you post on social networking websites. Above is a message that a girl posted on her status update expressing her dismay for her job and her boss. It is followed by a message from her boss expressing his dismay for her and informing her that she is fired.

Social sites are growing and have almost taken over the web, with people of all ages having one or several pages. Some use these websites as outlets to be the people that they cannot be in person or to say the things that they rather not say. Others use them to post pictures of fun times and to keep others updated about what goes on during their spare time. In the mist of socializing, people might be unaware that employers or potential employers might monitor social sites to determine work ability or candidacy.

A former employee of Manpower Staffing Company told MemphisRap.com that she often visited MySpace pages of potential employees before assigning them to certain jobs.

In February the web was flooded with articles about a British teenager, Kimberly Swann, who was fired for saying her job was boring on her Facebook page. The public has also not forgotten Carmen Kontour-Gronquist a mayor in Oregon, who was called to resign after scantily plaid photos from her MySpace page surfaced. 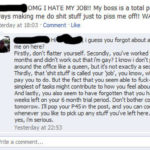