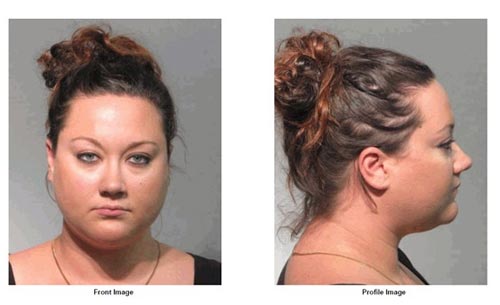 Shellie Zimmerman, the wife of neighborhood watch volunteer George Zimmerman, who was charged with second degree murder for shooting teenager Trayvon Martin, has been charged with perjury after telling the court that they had limited funding during her husband’s bond hearing.

Days after George Zimmerman was released, reports state that Shellie Zimmerman then put over $80,000 from her account into her husband’s account. One prosecutor believes that they did this not to trigger off an alert to the IRS and other government agencies.

George Zimmerman, 28, is already back in jail after his bond was revoked after prosecutor Bernie De la Rionda felt that the couple had lied to the court, as reported on MemphisRap.com. Now, his wife faces up to five years in prison and a $5,000 fine.

Zimmerman’s attorney Mark O’Mara is claiming that his client and his wife were confused and fearful when they mislead the court about their finances.