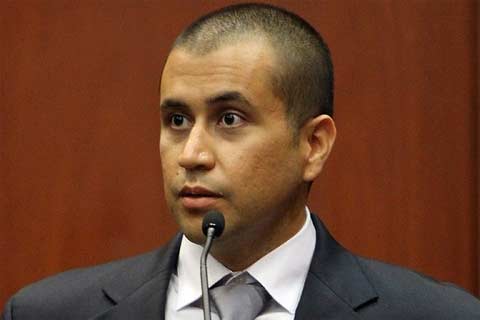 George Zimmerman, 28, a neighborhood watch volunteer who is accused of racial profiling and killing 17 year-old Trayvon Martin was released on Monday from jail on a $150,000 bond (only 10% required for release). Now George Zimmerman is under scrutiny due to his family not disclosing that more than $200,000 in donations where collected from his fundraising website during his bond hearing.

During the bond hearing, Shelly Zimmerman is allegedly noted as saying that only her brother-in-law knew how much money had been made on the website that either George Zimmerman himself had created online or someone else. When questioned would George Zimmerman not be able to make bond, her answer is stated to have been, “I believe that would be correct.”

George Zimmerman’s attorney claims he wasn’t aware of the money and told CNN that Zimmerman didn’t disclose that he had received any contributions during his bond hearing.

As for the money, around $5,000 was used for bond and some on living expenses. Of the approximately $204,000, only around $150,000 remains which has been put in a trust fund which is now being control by Zimmerman’s attorney until the Judge gives a say on what it can be used for.

Trayvon Martin’s family reportedly has only raised a mere $100,000 dollars since the shooting death. According to the Martin’s attorney, Benjamin Crump, the money being raised is going towards the Trayvon Martin Foundation.

Meanwhile, George Zimmerman is awaiting trial for second-degree murder in the death of Trayvon Martin who was killed on February 26, as covered on MemphisRap.com.