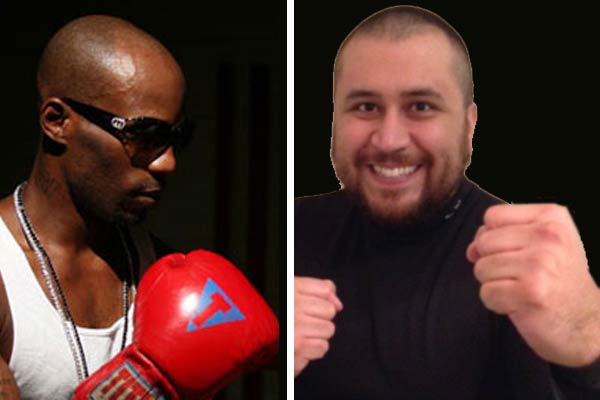 George Zimmerman, the neighborhood watchman who was acquitted of killing Trayvon Martin, may soon be placed in the boxing ring with rapper DMX, who says he’s happy to ‘beat the f— out of him [Zimmerman].’

A lot of people have taken the news negatively while many others want to see the two ‘get it on in the ring.’

Reportedly, the 30 year-old George Zimmerman has been training for a boxing battle, while the 43 year-old DMX may not have been.

DMX has confirmed that he indeed has agreed to “beat Zimmerman’s a-s,” though no contract has been finalized yet.

Previously, it was reported that rapper The Game could be a possible opponent for George Zimmerman, as reported on MemphisRap.com.

If the fight occurs between DMX and George Zimmerman, promoters are aiming for a date of March 1.