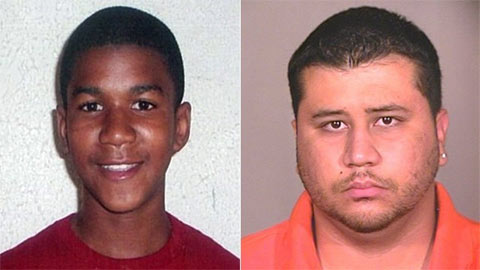 George Zimmerman, 28, a volunteer neighborhood watch captain and a licensed handgun permit holder, is in the forefront of the media for being accused of killing 17 year-old Trayvon Martin on Feb. 26  as he walked from the store carrying a bag of Skittles candy and an iced tea, as he wore his hoodie in Sanford, Florida heading back to his father’s fiancee’s house.

Allegedly Zimmerman felt that Trayvon Martin was suspicious and proceeded to follow him while calling 911. Blatantly, the 28 year-old ignored the 911 dispatcher, who instructed him not to follow Trayvon Martin, which ended in the teenager being shot dead.

According to reports, George Zimmerman allegedly acted on suspicion due to a number of burglaries that is believed to have been committed in the area by black males.

Meanwhile, the entire incident caught the attention of President Obama who spoke on the controversial case stating, “If I had a son he would look like Trayvon Martin.”

Activists and citizens around the world are weighing in on the matter and calling that George Zimmerman be arrested for shooting the unarmed teen, his gun permit be suspended and criminal charges be brought upon him for unnecessary violence.

In 2005, George Zimmerman was twice accused of either criminal misconduct or violence.

Florida police say they have found no evidence to refute that Zimmerman shot Trayvon Martin in self-defense. Based on Florida’s “Stand Your Ground” law for gun permit holders deadly force can be used if they feel threatened.

George Zimmerman has not been charged in the shooting and is currently facing the possibility of a hate crime being brought up against him by the U.S. Department if it was motivated by racial bias.

Currently the online petition to “Prosecute the killer of our son, 17 Yr-Old Trayvon Martin” has reached over 1.8 million signatures worldwide.