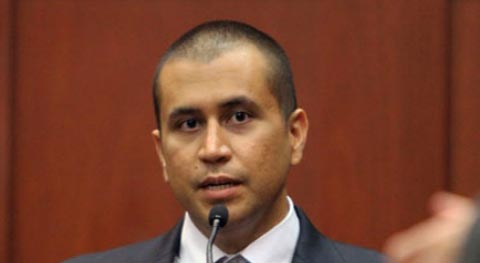 Neighborhood watch volunteer George Zimmerman, 28, who is accused of killing Trayvon Martin, 17 after following the teen and failing to follow instructions from a 911 dispatcher, has had his $150,000 bond revoked on Friday.

George Zimmerman is charged with second-degree murder in the death of Trayvon Martin, 17, which took place in the gated community in Sanford, Florida in February, as covered on MemphisRap.com.

After an outcry from the public and media, Zimmerman was charged and then released on a $150,000 after his lawyers argued that he had limited finances. Now Zimmerman’s bond has been revoked after prosecutors filed a motion to the court that he misled them and failed to disclose his finances at his bail hearing in April.

According to George Zimmerman’s attorney, Mark O’Mara, stated he was unaware of the funds he had collected and later discovered that a website set-up by his client’s family had raised more than $200,000, which is no longer available.

The state attorney’s office feels that since Zimmerman lied about his finances and about having a secondary passport, the defendant could lie again and may even flee the country to live with family.

Zimmerman’s attorney, who was aware of the second passport and didn’t reveal it for more than a month, begs to differ and stated that Zimmerman and his wife found the document while cleaning their home, which was immediately given to him.

Judge Kenneth Lester, Jr feels that since the Zimmerman family was well aware of the funds that was accessible by him and his financial state was falsely represented, he must surrender within 48 hours.