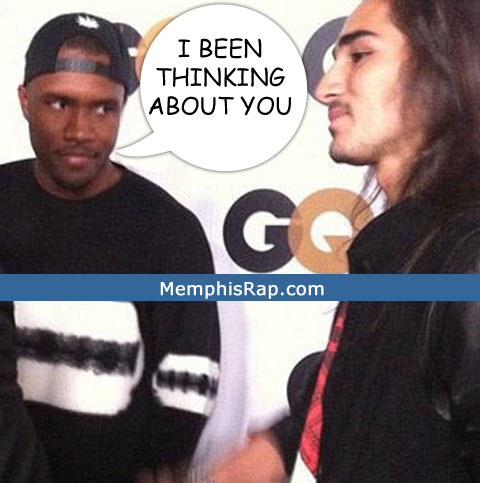 Freshly out of the closet hip hop and R&B artist Frank Ocean, who shocked the hip hop world when he revealed he liked men, may have just revealed pictures of his new boyfriend, Willy Cartier – a male model.

Speculation has built that Willy Cartier may be Frank Ocean’s new boyfriend because pics of the model are appearing on Frank Ocean’s Instagram.

Willy Cartier, who is from France, Vietnam & Senegal, seems to be spending quite a bit of time with Frank Ocean hinting that the two may be dating.

The “Thinkin Bout You” singer [Ocean] brought the international model [Cartier] with him on the GQ red carpet, and introduced him as a “friend.”

Frank Ocean is known most for his popular “Channel Orange” hip hop, R&B song “Thinkin Bout You,” which topped the Top 10 US Hot R&B/Hip-Hop Songs and US Hot R&B Songs Billboard charts.

Check out some pictures of Frank Ocean and his model “friend” Willy Cartier below.