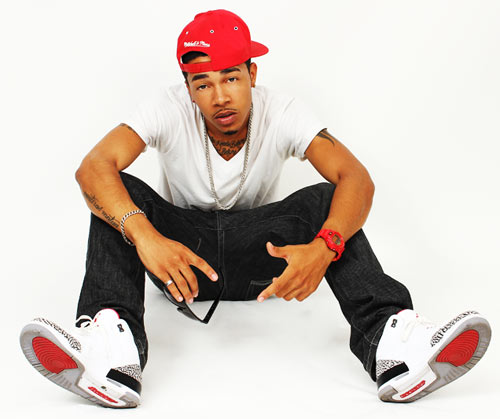 Freddy E, who is reportedly signed to Young Money’s artist Tyga’s Last Kings Entertainment label, was making a name for himself on his YouTube channel entitled Jerk TV. The Seattle rapper, who was born in Los Angeles, is believed to have committed suicide over a fall-out with rapper Honey Cocaine.

The two (Freddy E and Honey Cocaine) took to Twitter for an exchange of words which have led to speculation of his suicide motive.

If there’s a God then He’s calling me back home. This barrel never felt so good next to my dome. It’s cold & I’d rather die than live alone.

Following the rapper’s tweets and their exchanges, Honey Cocaine gave condolences to the rapper on her account while addressing people who sought to slam her for the exchange they had before he committed suicide.

People think they have an idea but it’s not your business.. RIP my angel, my condolences. @freddy_e

The exact details of why the rapper may have committed suicide are unknown however their Twitter exchanges, before his suicide, have led many to speculate that the rapper took his own life over his fall-out with Honey Cocaine.

The parents of Freddy E released a statement regarding the death of their son revealing that the rapper quote, “took his own life with a rifle shot to the head.”

The family claim that the tragic death was unforeseen.

Here are some of the tweets Freddy E posted before his death. 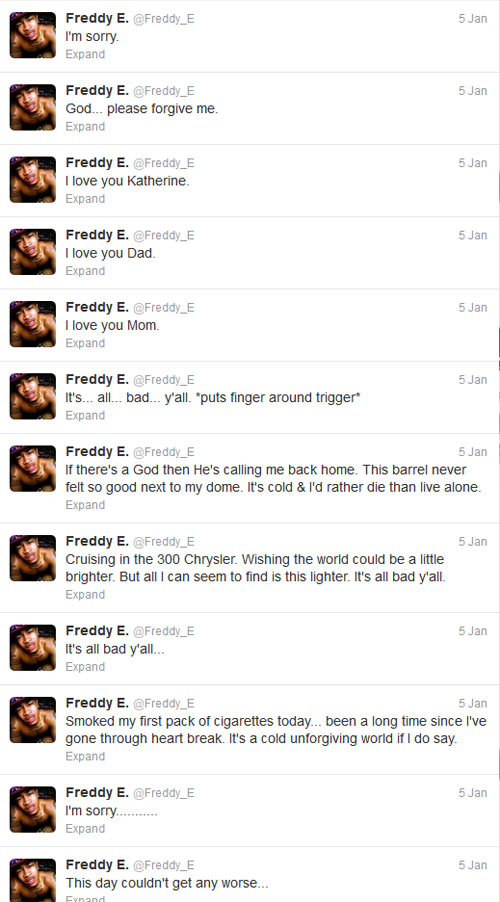