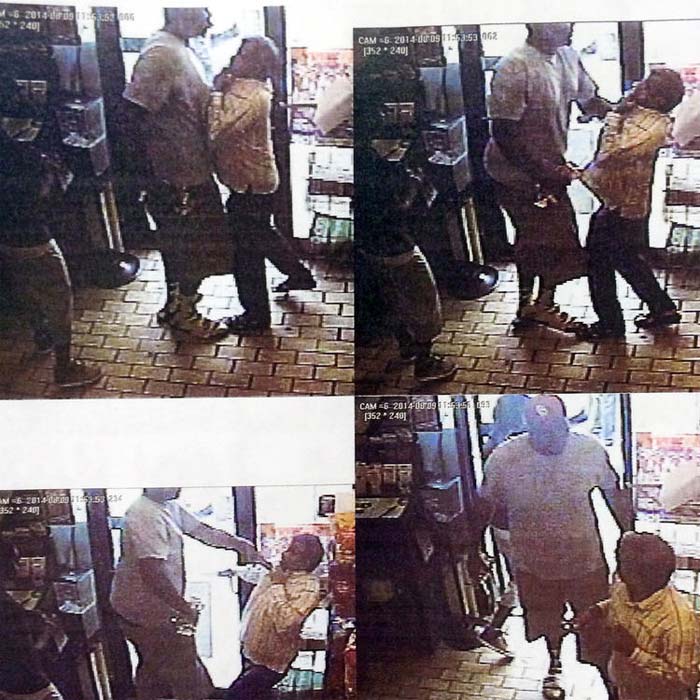 Ferguson, Missouri police say images and video seen from store security cameras show that 18 year-old teen Michael Brown, not long before he was shot by a Ferguson officer, had allegedly robbed a convenience store.

Ferguson convenience store surveillance video shows a man allegedly shoplifting cigars from the store in an alleged strong-arm robbery as he pushes away an employee after being asked to pay.

Police say that footage of a man is Michael Brown.

Not only have they released images and video showing the man wearing similar clothing as Brown, but they also, under pressure, have released the name of the cop that fatally shot the 18 year-old.

At a press conference, police chief Tom Jackson says Darren Wilson was responding to the robbery when he encountered Michael Brown who was accompanied by his friend Dorian Johnson.

Reportedly, Dorian Johnson told the police and the Department of Justice that his friend Brown did indeed take cigars from the store.

Local authorities continue to investigate as new details are released while the FBI have joined the investigation along with the U.S. Justice Department.