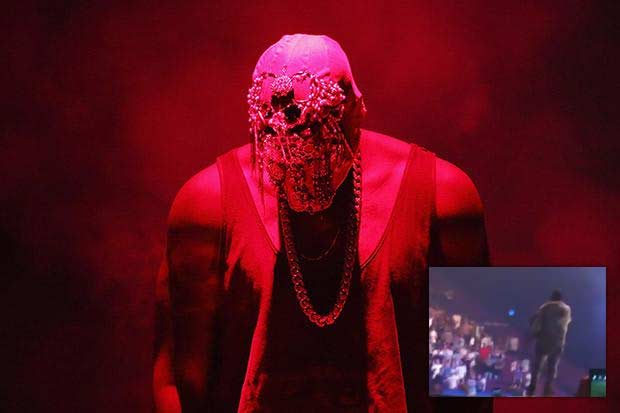 At a recent concert in Sydney, Australia Kanye West stopped performing insisting that everyone stand up, which he pointed out to one fan in the audience but there was one problem, the fan was in a wheelchair.

Mid-performance of his song in the Australian concert, Kanye West stopped to say, “I can’t do this show,” adding that “everybody” must “stand up” excluding those with a handicap pass.

One person in the crowd that was in a wheelchair reportedly revealed his handicap to Kanye West by waving his prosthetic leg in the air.

Later another a fan was in the crowd and not standing, so Kanye West sent a crew member/usher to see why, which he learned that the person was handicap therefore he gave the wheelchair-bound concertgoer a pass, and immediately started to rock the show.

Though it sounds harsh at first, no one has taken offense and fans believe the rapper was not out to offend anyone and just wanted fans to get involved and enjoy the show.