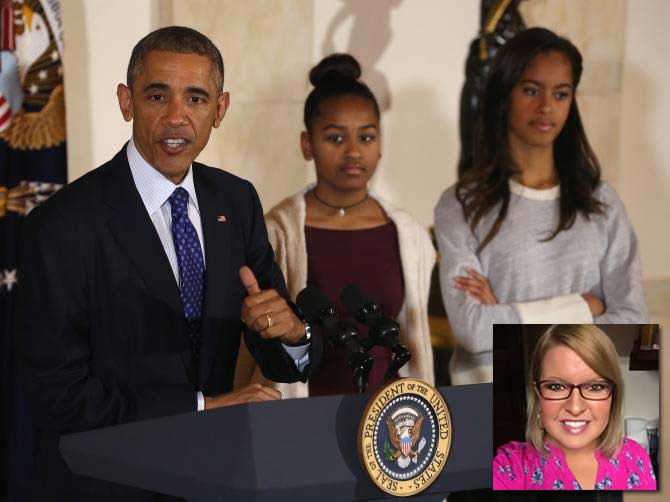 After a somewhat ‘bullying’ Facebook post and rant which referred to Sasha and Malia Obama as ‘classless,’ Elizabeth Lauten, a communications director for Tennessee Rep Stephen Fincher has resigned from her job position.

Over her Facebook, the former Republican Party staffer ‘picked on’ the Obama girls in her post calling the girls outfits something that looked like you’re going out to a bar.

Lauten says that Sasha and Malia should “try showing a little class” and respect their roles simply because the girls didn’t show ‘smiling faces’ during their father’s speech at a press conference.

Lauten later apologized for “judging” the Obama girls who were simply seen with the arms folded, rolling their eyes and twiddling their thumbs, which isn’t much of a surprise or ‘uncommon’ for teens to be bored at some point, especially at adult formal gatherings.

Here’s part of the post Elizabeth Lauten shared that led to her backlash and resignation from her position. 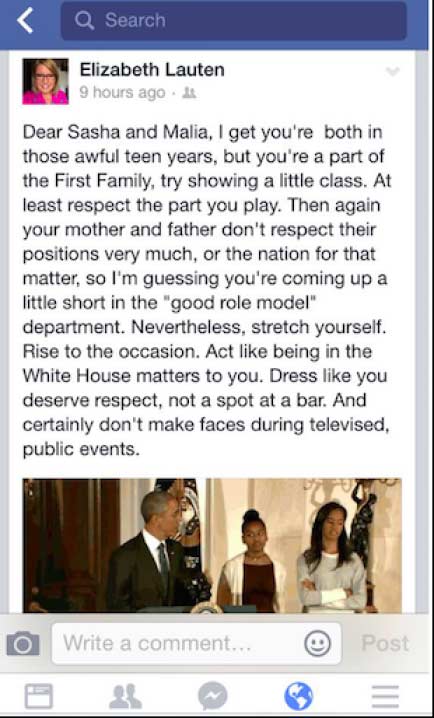