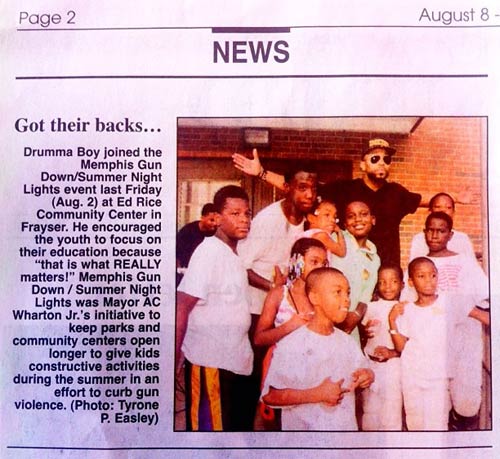 During the event, the Grammy nominated producer came out to speak with the youth to let them know that education matters most.

The Summer Night Lights program, which provided extended hours to the park and community center during peak times (Summer and evenings) for youth, was developed to cut down on gun violence and crime. The program gave the youth recreational activities (swimming, games, sports, etc) along with food, movies and more.

Drummy Boy posted his photo feature from the Tri-State Defender for his involvement in the Memphis Gun Down in which he left the caption: