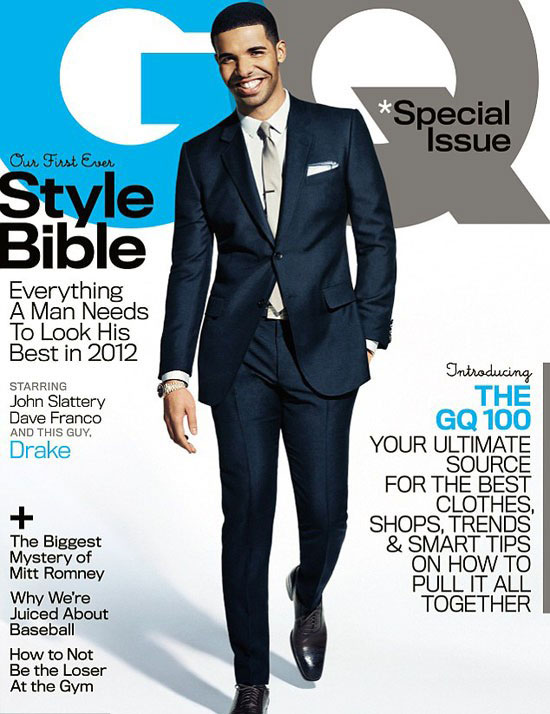 Canada-born, Memphis-rooted Aubrey Drake Graham, 25, better known as rapper Drake got all cleaned up and ‘suited and booted’ for GQ Magazine. The rapper is on the cover of GQ Magazine’s April Issue – the first ever ‘Style Bible’ issue. In the magazine feature, the rapper tells GQ Magazine that the ‘mood of rap’ has changed, talks about his dad where his roots in Memphis came from, his promiscuous past with women and more.

“Rap now is just being young and fly and having your sh*t together,” stated Drake to GQ adding simply “The mood of rap has changed.”

As mentioned, in the magazine feature, Drake touches on everything from his challenges of relating to women, his promiscuous past, and his relationship with his father, Dennis Graham, a musician and former drummer for Jerry Lee Lewis, who (in a recent interview with Action News 5) credited Drake’s “diversity” and “phenomenal metaphors” to his Memphis roots and frequent visits to the legendary Royal Studios.