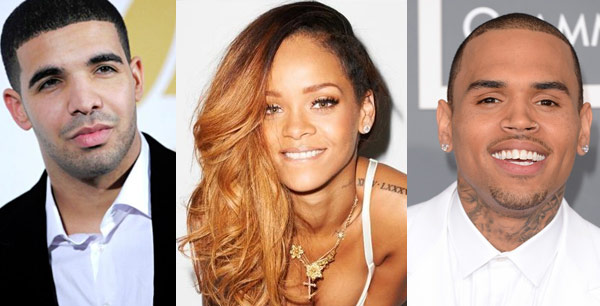 While rapper Drake was in New York City on last week, the Cash Money rapper seemed to have had a few words for Chris Brown who allegedly has been having on-again and off-again relationship with Rihanna.

The hip hop artist Drake stopped by East Village Radio show Keep It Thoro to talk about some new music he’s dropping which includes “No New Friends” and he also talked about why he now makes better music.

According to Drake, he makes better music because of Chris Brown’s insecurities. The hip hop rapper/singer went on to say that he’s more poppin’ than Chris Brown and that the woman he loves [Rihanna] fell into his lap.

“I did what a real n–ga would do and treated her with respect,” said Drake.

Is this Drake confirming that the two of them dated or got close during a brief time?!

Even though Drake had those words to say, the music artist went on to say that maybe the two will drag it out or possibly 10 years from now have a few drinks and laugh about it.