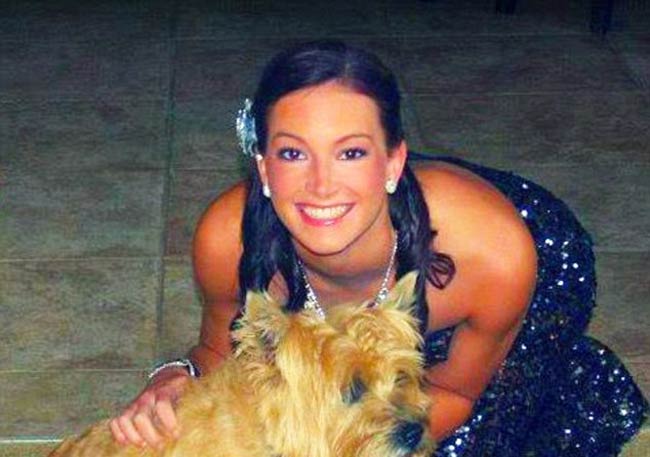 This story will certainly make you think twice before pulling off before your friend or family member attempts to get into the house.

After a night of partying, a young college student may now lose her limbs after her friends dropped near her home while she was allegedly drunk.

Alyssa Jo Lommel, a 19-year-old sophomore, at University of Minnesota Duluth, reportedly went out for a night on the town and eventually got drunk from drinking tequila shots after playing the game “ride the bus.”

Lommel’s friends decided to take her home and immediately left before she could even try to get in. Lommel was apparently drunk and ended up on a neighbor’s porch unconscious after attempts of trying to get into a car possibly due to developing hypothermia.

The temperature reportedly dipped to -17 and had a wind chill of around -36.

Wearing only a jacket and a pair of UGG boots, Alyssa Jo Lommel wasn’t found until nine hours later when a person passed by and saw her slumped on the porch.

According to one of Alyssa Jo Lommel’s male friends, she wasn’t ‘wasted’ when they dropped her off.

In addition, her roommates didn’t even notice that Lommel wasn’t in the home when they returned.

Lommel was not wearing gloves, her hands swelled up three times the normal size which caused her skin to break open. Meanwhile, doctors were working to get her blood flow normal at the time of initial reports so that she would not have to lose one or more limbs.